In reverse painting on glass learn which types of paint were used to paint William Blake’s Red Dragon….

Artistic genius is generally not recognized until long after the artist has passed away. Such was the fate of one of Britain’s greatest printmakers, painters and poets, William Blake. During his lifetime (1757 – 1827), Blake was regarded as eccentric by some and mad by others. Not until the mid-nineteenth century was this visionary artist recognized for his expressionistic and surrealistic imagery. Blake’s prints elicit an extremely emotional experience in the viewer. Today, many art critics credit Blake’s gestural style for influencing expressionist painters of the 20th century, such as Edvard Munch. END_OF_DOCUMENT_TOKEN_TO_BE_REPLACED

Solvent and ecosolvent inks allow you to print onto various types of uncoated films, including RTape’s VinylEfx® vinyl print media. As wonderful and easy to use as these print systems are, you must test and evaluate the inks and your printer settings prior to production. Incompatibility between the ink system and the print media could […] Read more »

Solvent and ecosolvent inks allow you to print onto various types of uncoated films, including RTape’s VinylEfx® vinyl print media. As wonderful and easy to use as these print systems are, you must test and evaluate the inks and your printer settings prior to production. Incompatibility between the ink system and the print media could […] Read more »

Chemical welding is an inexpensive way to seam banners ­ and it’s longer lasting than banner tape. But there’s also something to be said for RF and heat welding processes that last much longer than brush-on solutions. Read more »

The most competitive sign shops are using estimating software to offer up accurate pricing in a flash. Are you keeping up with those Joneses? Estimating software. It may not be the sexiest of sign shop topics, but it’s one that can add to your top line and your bottom line. Read more » 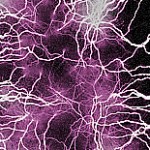 In much of the country September ushers in climatic changes.  As the autumn air becomes colder, the humidity of the air outdoors decreases.  The drop in humidity can result in an increase of problems related with static electricity. Static problems in print shops are further exacerbated, as we switch from air conditioning to a heating […] Read more » 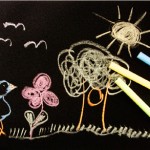 Which is Better for Writing on Chalkboard Film? There’s nothing wrong with using chalk to write on chalkboard films.  We designed our ChalkTalk™ film with chalk in mind. Nevertheless, I believe that the new liquid chalk markers, such as the Chalk Ink® brand of markers, are much better suited for writing on our chalkboard film. Read more »

Both FlexCut Sticky and FlexCut Sweet are 100% polyurethane films. Other than that one similarity the two films are very different. Each product has its own unique performance properties. And these differences make one film a better choice for a specific application versus the other.  Still both films have their place in the product mix. And […] Read more »

After you heat press an applique to a garment, how long should you wait before peeling the carrier or the hot mask from the applique?  A number of variables come into play, which are covered in my story: Heat Transfer Films: Hot, Warm or Cold Peel. The physical properties of the particular flex or flock film that […] Read more »