If you want your employees to follow your shop’s safety rules, lead by setting a good example. As fire marshal in my home town, my father often pontificated about fire safety.  He didn’t always abide by the rules.

For more ideas on how you can prevent fires at work or in your home, read  ‘The Comprehensive Resource of Fire Safety Tips’: http://complianceandsafety.com/safety-tips/fire-safety-tips.php. 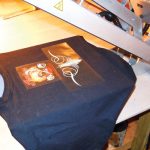 Just before the beginning of WWII, American chemists developed synthetic polyamides.  Polyamides are complex molecules called polymers, which are comprised of smaller “amide” monomers. In nature, these polyamide molecules occur as proteins in fibers, such as silk and wool. In the modern world, the best known polyamides are nylons.   Because of their strength, elasticity and […] Read more »