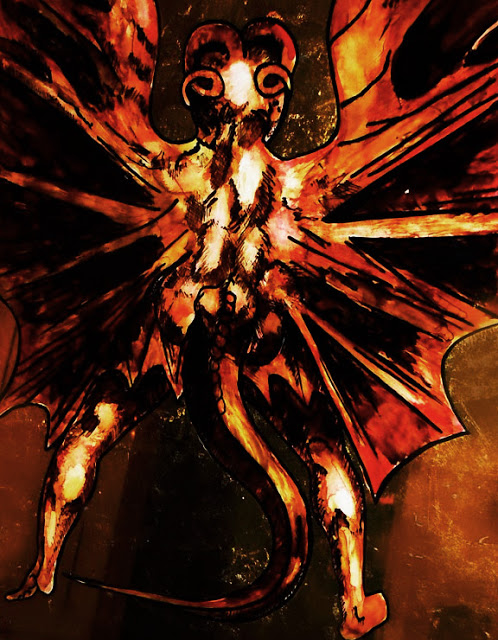 In reverse painting on glass learn which types of paint were used to paint William Blake’s Red Dragon….

Artistic genius is generally not recognized until long after the artist has passed away. Such was the fate of one of Britain’s greatest printmakers, painters and poets, William Blake. During his lifetime (1757 – 1827), Blake was regarded as eccentric by some and mad by others. Not until the mid-nineteenth century was this visionary artist recognized for his expressionistic and surrealistic imagery. Blake’s prints elicit an extremely emotional experience in the viewer. Today, many art critics credit Blake’s gestural style for influencing expressionist painters of the 20th century, such as Edvard Munch. 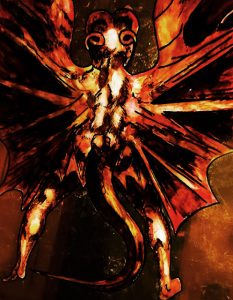 Since my days as a student, William Blake’s artwork and poetry has fascinated me. In my rendition of his Red Dragon painting, I attempted to capture the emotion and spontaneity of his fluid style. Blake actually did a whole series of Red Dragon watercolors, which were commissioned as illustrations for a bible.

As the term implies a “reverse painting on glass” is done in reverse on the second surface of a glass panel. I used washes of transparent colors over line work. For the earthtones, I mixed asphaltum with a quick rubbing varnish. For the red hues, I combined Nazdar’s 59000 Series Transparent Red Enamel Plus Gloss screen printing ink with 1-Shot Tinting Clear. To thin these mixtures I used an artist’s turpentine.  After painting the transparent colors, I backed up the painting with mixtures of 1-Shot White and Chamois enamel.

The final step is to water gild the background with 23 karat double gold leaf. For information on glass gilding see my following articles: