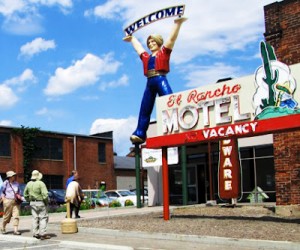 With the opening of the new American Sign Museum  on June 23 this year, museum founder Tod Swormstedt achieved one of his dreams. As I walked past the brightly lit exhibits, I thought about what Napoleon Hill, author of Think and Grow Rich, had said: what a man can conceive of and believe in, he can achieve. 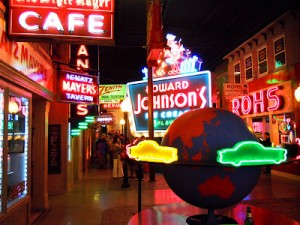 As Tod can attest to, achieving your dream is never easy. It takes a clear vision. It takes unwavering belief. And above all, it takes lots of help and support from great friends.

Planning began five years earlier, after Tod had purchased a 93-year old tool plant in 2007 in the Camp Washington community of Cincinnati, OH.   The factory was part of what had been an old manufacturing complex, which is listed in the National Register of Historic Places.

After Christmas that year, Tod had given me a tour of the building. At that time, the property was little more than an old, poorly-lit empty factory. Many of the windows were broken and you could feel the rush of cold air, which blew through the broken panes of glass. The concrete floor of the building was cracked and uneven. And water from the melting snow was dripping from the leaky roof above. 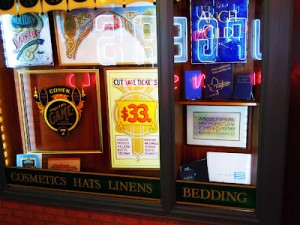 The property was definitely a fixer-upper, but it did have possibilities.  As a historic building, it was the perfect location for a museum. The site’s biggest assets, though, were its floor space and its ceiling height. The 42,000-square foot property has 10 times more space than the previous location – enough room to exhibit the museum’s collection of more than 500 signs.   And with 28-foot ceilings, electrical signs, which were too large to exhibit in the old facility, such as a classic 25-foot-tall McDonald’s sign, are now easily accommodated within the walls of the new museum. Plus, this location offers the possibility for expansion – Tod’s next project.

As we toured the building, Tod pointed from one part of the old factory to another, describing how he envisioned the museum would look when it opened. “Against that wall will be the entire side of barn painted with a Mail Pouch Tobacco ad,” he explained. Earlier that year Tod had recruited a team of sign makers and friends to help him dismantle a 50-foot long Mail Pouch barn.  The planks were numbered to aid reassembly in the museum’s future home. 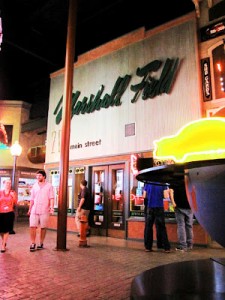 In the center of the museum, Tod explained how they would recreate Main Street in the small town of Signville. This walk down memory lane includes life-size storefronts from a prototypical small American town, including a Marshall Field’s department store, a Firestone Tire Store, a jewelry store, a barber shop and a gas station. 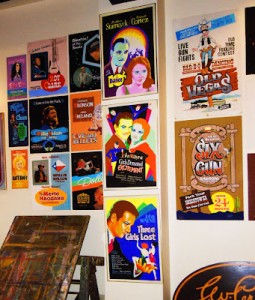 Window displays would showcase different types of signage from years past.  One storefront would house a functional neon shop. No, the art of neon tube bending is not dead. The American Sign Museum will keep the craft alive with a working shop, allowing visitors an opportunity to view a craft of the past.  Other areas of the museum feature displays of porcelain signs, dimensional letters, posters and glue chipped and gilded glass signs. 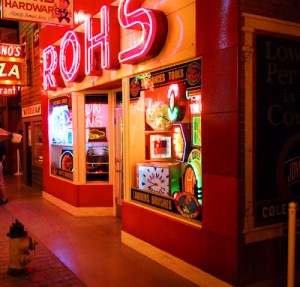 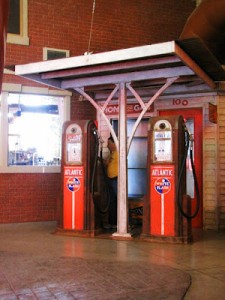 As Tod gave me the tour of the building, I sensed his enthusiasm and commitment to this project. Nothing was going to stop him from turning his dream into reality. With the economic downturn in November of 2008, contributions from corporate donors dried up and delayed the project, which would cost nearly three million dollars to complete.  In facing adversity, some wonder why. Tod Swormstedt said why not and persevered as he pursued his dream.  As a result, the new American Sign Museum, which opened last month, looks exactly as he described it to me four and a half years ago.  Congratulations, Tod! 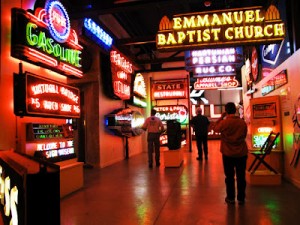