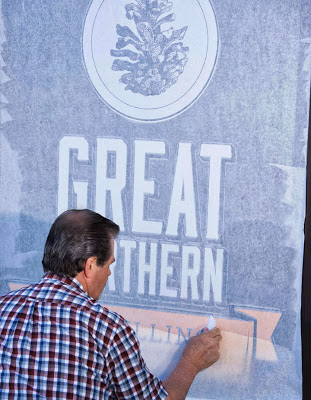 Vinyl window graphics provide retailers with several advantages over hand-painted graphics. Cost-effective machine-made graphics consistently reproduce a company’s image from one store location to another to another.  The durability of cast vinyl film is also much greater. Paint systems typically provide three years of durability. If the right films are used, processed according to the manufacturer’s specifications, and installed properly, vinyl graphics can provide five to seven years outdoor durability. 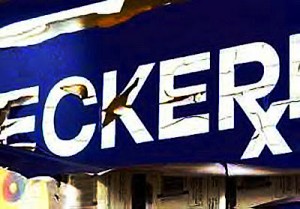 If you are printing graphics, other factors can affect the outdoor durability of the finished product. Ink selection is one of those critical factors.  The outdoor durability of most digitally printed graphics is typically limited to two to three years. Screen print vinyl inks can provide much longer service life, up to 5 to 7 years. Remember, though, that how well a graphic weathers depends on many environmental factors, such as exposure to UV light, heat, cleaning chemicals and air pollutants.

You can always improve the outdoor durability of a printed window graphic by protecting the image with a clear coat or an overlaminate.

Color Selection. White and light colors are much more noticeable on glass than dark colors. Using large expanses of black or very dark colors is not recommended. Dark colors can absorb the sun’s heat, causing vinyl-covered glass to rapidly expand while cooler areas stay rigid. With part of the window expanding and other areas contracting, glass breakage is possible. Large areas of dark color next to regions of very light, reflective tones can also cause heat gain and glass expansion. Films with extreme gray-scale differences can result in glass fatigue and early failures. I recommend breaking up a design with different hues rather than using severe contrasts of light and dark.

Surface Prep. Prepping the surface prior to application of window graphics is a multiple part procedure.  The first step is to wash the windows with a liquid detergent and water. After washing, rinse the surface with clean water and let the windows dry. Better yet, have your customer have the windows washed before you arrive on the job site.

Next re-clean the glass with a mixture of water and isopropyl alcohol. Dry the surface using lint-free paper towels. Caution: don’t use such glass cleaners as Windex® that contain silicones, which can leave a residue that could inhibit adhesion. Some soaps, ammonia cleaners and solvents can also leave a residue that cause similar problems.

After washing, carefully inspect the windows. To clean windows speckled with dried paint, use a razor blade and re-wipe the windows with alcohol.

Application Temperature. Cold weather applications can be problematic. The recommended application temperature will vary from one vinyl film to the next. Always read the technical data sheet for the film used. Some films can be applied at temperatures of 40⁰ F and lower. The minimum application for other films is much high. If the surface temperature of the glass is too low, the adhesive will not flow out properly onto the glass and the film will not stick.

Wet or Dry Application? Dry application is the most effective way to install window graphics. In fact, most of the vinyl manufacturers will not warranty wet applications to glass. Anytime you add anything between the adhesive on the vinyl film and the substrate you are contaminating the adhesive to some degree.  And that contamination can contribute to adhesion failure. 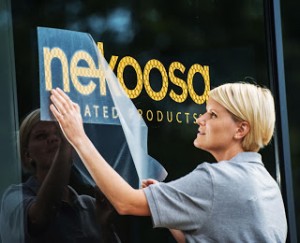 As a former installation subcontractor, I never liked applying graphics wet, because it slowed you down.  Anything that slows you down is money out of your pocket.

For trouble-free applications, select the right film. Some films feature low-tack, repositionable adhesives that permit an installer to apply vinyl graphics to windows without application fluid.

Many sign makers refuse to attempt dry applications for fear of trapping small air bubbles. Squeegee marks on the adhesive side of the film are also common, but neither is a problem. Tiny air bubbles will breathe out of the film after a week of warm weather. Don’t speed up the process by popping these bubbles with a pin. The light shining through the pinholes will be visible from inside the store. Let time and temperature fix the problem. Squeegee marks also vanish once the adhesive has time to flow out.

Application Sequence. Below is a series of photos which corresponds to my step-by-step application procedure. 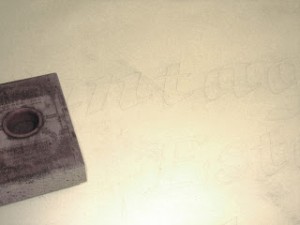 Step 1: Are you having difficulty seeing the cut vinyl copy? Make weeding easier by very lightly rubbing chalk dust from a pounce pad over the surface of the vinyl. 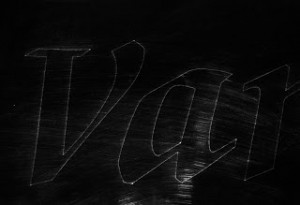 Step 2: Black chalk dust works great with white and many other vinyl colors.  It isn’t much help with black vinyl.  In these cases, use white chalk dust. Note: using black and dark colors is not recommended for window applications. 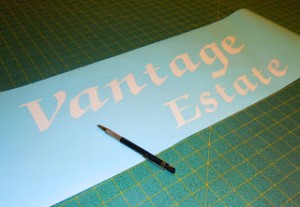 Step 3: With the matrix weeded from the cut vinyl, it’s time to apply the application tape. 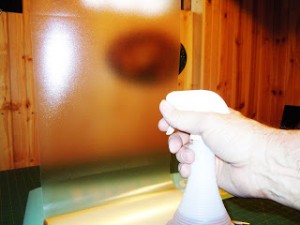 Step 4: In the winter low humidity can cause static problems with application films.  In these cases, lightly mist the non-adhesive side of the film with Rapidtac to kill the electric charge. 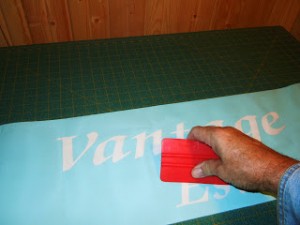 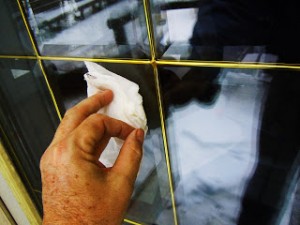 Step 6: Before applying the graphics, take care to thoroughly clean the glass using Isopropyl Alcohol (IPA).  Windex is not an acceptable cleaner, because it contains surfactants and silicone which can cause adhesion problems. 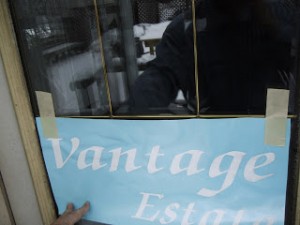 Step 7: After prepping the window, use two pieces of masking tape to position the graphic on the window. Be sure to double check your measurements before applying the vinyl. 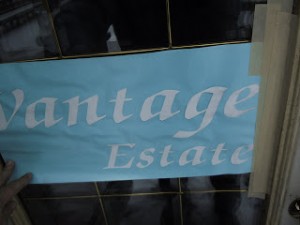 Step 8: To aid the application of the graphic, you can use a side hinge, taping the marking in place using 2” masking tape. 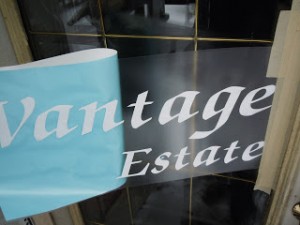 Step 9: Next, remove some of the release liner exposing the adhesive side of the vinyl letters. 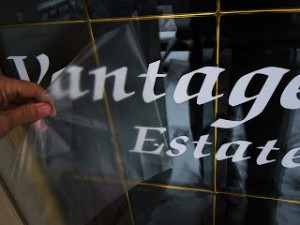 Step 11: After squeegeeing the lettering in place, carefully remove the application film, pulling it from the surface of the applied graphic at a 180⁰ angle. 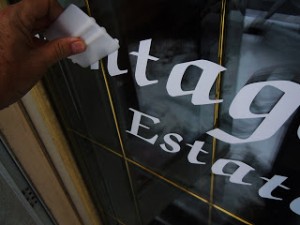 Step 12:  When performing any type of application, always re-squeegee the entire applied graphic to ensure that the lettering adheres well and to prevent any edge curling. 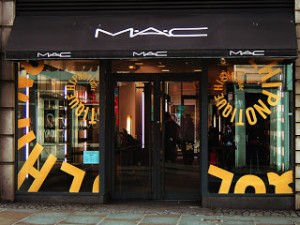 When installing window graphics, don’t apply vinyl over rubber gaskets or on the window frame. Film applied to these areas usually falls off. Allow at least a 1⁄8-in. space between the graphics and frame. Most window graphics shouldn’t be edge-sealed (perforated window-marking films are an exception). Some manufacturers, such as Avery, recommend protecting these graphics with an overlaminate. To complete the installation, seal the film’s edges by painting on the sealer with a fine-tip narrow brush, such as a #4 lettering quill. Using an overlaminate and edge sealer prevents water from collecting in perforations, which can cause edge lifting.