Thermoplastic and thermoset plastics are both comprised of very large polymer chains. Both have similarly sounding names.  Each type of plastic, however, is very unique.  Here’s how thermoplastics and thermosets differ. 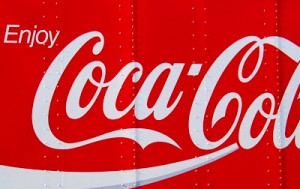 Cast vinyls are thermoplastics, which are very soft and conformable films, suitable for fleet graphics application over rivets and corrugations. Photo courtesy of Nazdar.

The very large molecular chains of a thermoplastic are loosely entangled. In explaining what “entanglement” is, I like to compare the molecules of a thermoplastic to big plate of spaghetti. While the spaghetti noodles are somewhat tied together or entangled in one big mass, the individual noodles can still slip and slide over one another.  At cooler temperatures the bonding forces of the entanglement limit the flow of molecules and the thermoplastic is relatively rigid. But as temperatures increase, the molecules can move more readily. At these elevated temperatures, thermoplastics become soft and can re-formed or “thermoformed” into different shapes, such as sign faces. Or the thermoplastic can be melted and extruded into a sheet or film, such as our VinylEfx® decorative vinyl films. Examples of thermoplastics include PVC, polycarbonate, acrylic, PETG, polyethylene and polypropylene. 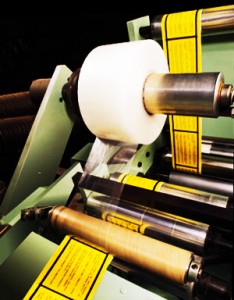 I am not suggesting that one film is inherently better than another. Each film has its own set of properties and each is best suited to specific applications. Vinyl films, for example, are usually a better choice for vehicle graphics than polyester. Vinyls are softer and more conformable, which makes them ideal for application over irregular surfaces, rivets and corrugations.

Vinyl films, however, are not suitable for many safety label applications. For applications to surfaces that become very hot, such as engine parts or furnaces, polyesters are a better choice because they withstand very high temperatures. Polyesters are also more chemically resistant. They are great when used as overlaminates for labels subjected to acids or caustics.