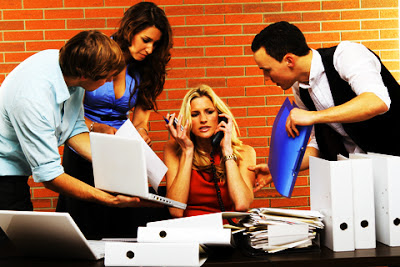 Can you really believe that there was a time when most of us thought that multitasking was the smart thing to do?  That if we multitasked that we could actually get more done? And if we could juggle three or four tasks at once that we were smarter than the average guy? 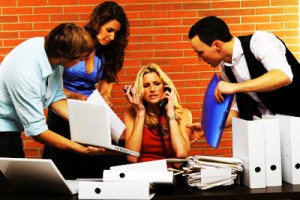 Teenagers are the quintessential multitaskers.  If you have one, you know how resolutely they believe in multitasking, especially when it comes time to doing their homework.  They believe that they can study and watch TV or listen to their favorite music and concentrate on the job at hand. Countless substandard report cards have proven the fallacy of this notion.

Let’s get things straight once and for all. You can only do one thing at a time. Attempting to do two or more things at once – called multitasking – is a physical impossibility.  The best that you can do is to switch back and forth between tasks. And by no stretch of the imagination is that efficient. My point is trying to  multitask is counterproductive.   Here are my reasons:

When you jump from one task to another it’s easy to lose your train of thought. Starting and stopping when working on a task is much like starting and stopping your car.  Imagine that your brain is at a dead stop. To bring your brain up to speed again takes a little time, just as it takes time for your car to accelerate from a stop. And once you gain momentum, does it make sense to slam on the brakes, when it isn’t necessary.  Not to my way of thinking.

Switching back and forth from one activity to another wastes time.  As much as 20% of time is lost according to some researchers. Jumping from one task to another also adds stress to your already frantic (hectic) existence. In addition to confounding our thought processes, stress contributes to heart attacks, stokes, adult attention deficit disorder and has probably destroyed a few marriages to boot.  Is it any wonder that one out of seven men is stricken with a heart attack before he celebrates his 60th birthday?

As a substitute to multitasking, here are a few alternate behaviors that will help you make more efficient use of your time, reduce stress in your life and improve your overall job performance:

Plan ahead.  Planning for tomorrow, today is good. What’s much better is planning one or two weeks ahead of schedule.

Work On One Task At A Time. Multitasking doesn’t increase productivity. It decreases it.   Time researchers discovered that if you tried to accomplish three activities at the same time that it took longer than doing the same three activities in sequence one after another.

Getting Started. Working on a major project can be daunting.  The biggest obstacle for most people is just getting started.   The Chinese philosopher, Lao-tzu, said that  “A journey of a thousand miles begins with a single step.”  After taking that first step, the subsequent steps become progressively easier.