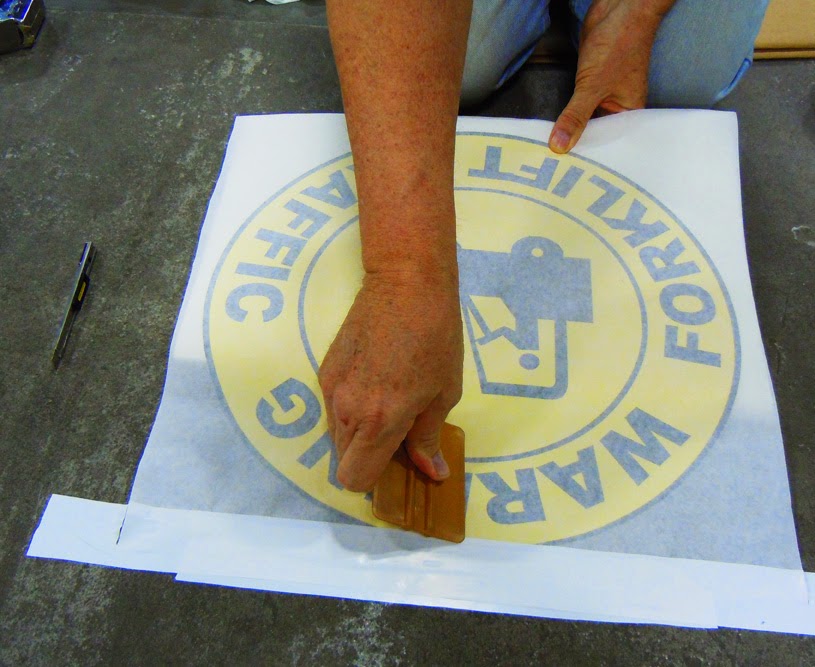 Developing a pressure sensitive application tape or premask for large format vinyl graphics printed withUV inks is one of the most challenging applications for tape manufacturers.

This heavy deposit of UV ink creates a texture on the printed surface of the graphic whether it is screen printed or digitally printed. You can actually feel the rough texture on some prints as you run your finger over the surface. To adhere to this rough surface, the premask adhesive must flow into the valleys of the texture. If it doesn’t, the tape will pucker and in some cases it can develop into a tunnel between the premask and the vinyl graphics.

The two key factors in developing a premask that will adhere to the surface of the graphics printed with UV inks are coat weight and the hand of the paper. You need a heavy coat weight of adhesive to flow into the textured surface of the print. With the heavier coat weight, you will get greater better adhesive flow out and better suction power. That’s a reason why adhesion to steel is higher for RTape’s 4760, 4760RLA and 4761RLA compared to a similar product such as 4750RLA. The primary difference between 4750RLA and 4760RLA is adhesive coat weight.

Hand of the Paper

The second key factor is the hand of the paper. The paper facestock must be supple or malleable so that it will conform to the texture of the print.  This was one major reason why 4760RLA does not pucker on a UV print, where competitive products failed.

What can significantly change the hand of the paper is the type of primer used. When I was working for another application tape company, we discovered in side by side tests that the acrylic primer that we used stiffened the sheet. If you dried that particular primer on a glass surface, it would become as stiff and as brittle as a piece of acrylic. The primer that RTape developed was much more flexible or elastic and allowed for the paper facestock  to better conform to the textured surface of the print.

Heavyweight paper also helps the installation process. That extra mil of thickness a gives more body to flimsier films and results in smoother applied vinyl, with fewer wrinkles created in the squeegee process. When installing large format graphics outdoors, a premium application tape can be a lifesaver. During strong winds, heavier transfer tapes are less likely to tear. 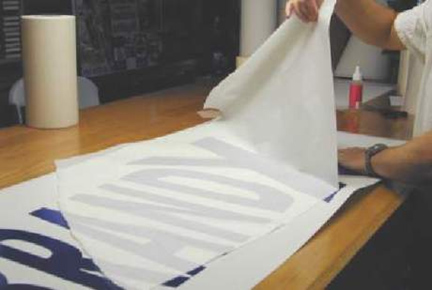 When the job is done, heavyweight application tapes remove in one piece. Thin standard grade paper tapes tear more easily and often remove in little bits and pieces. When this happens, installation time can needlessly drag on. 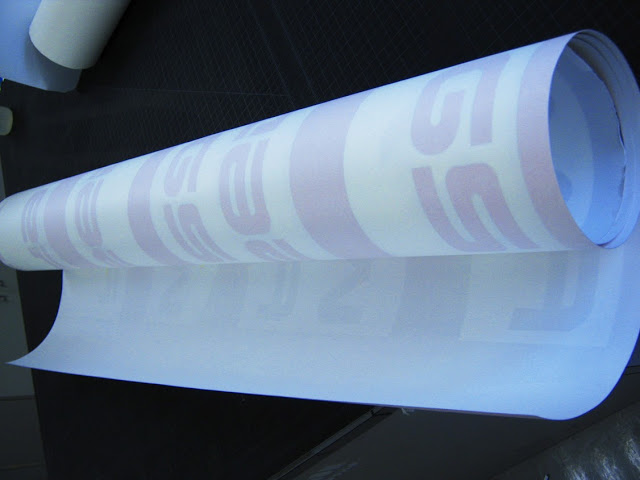 Liner adhesion is important to the graphics provider and the installer. If the graphics are rolled and shipped and the premask tunnels on the liner, the tunnel generally travels over the vinyl film.  Then, when installer receives his graphics and tries to re-adhere the premask, the paper tape invariably wrinkles. If you get a wrinkle in your premask, I can almost guarantee that you will get a wrinkle in the applied graphics.

RTape has developed premasks with Release Liner Adhesion addatives.  RTape’s 4760RLA and 4775RLA are designed to  adhere well to smooth release liners. Graphics with air egress release liners can be particularly challenging. One reason is that there are many different variations of these liners.

For vinyl graphics with air egress release liners, RTape recommends use of it 4761RLA, which features a much higher concentration of RLA® additive. 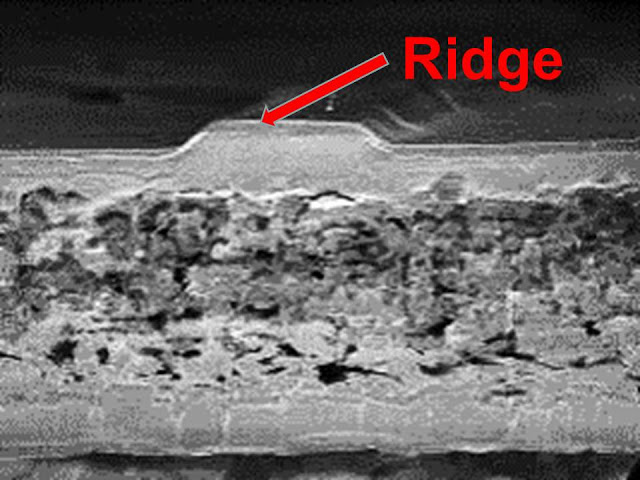 Ridges in the surface structure of the release liner impress micro air tunnels in the adhesive of the vinyl film. Photo courtesy of Mondi.

There is good reason that air egress liners have lower release values.   In manufacturing vinyls for the sign, screen and digital markets, the release liner, not the vinyl film, is coated with liquid adhesive. After the adhesive is cured, it is laminated to the vinyl facestock.  This process is called transfer coating, because the adhesive transfer from the liner to the film in the lamination process. (By comparison, coating adhesive directly onto a facestock, as is done in manufacturing application tapes and premasks, is called direct coating.)

In coating the air egress release liner, the liquid adhesive readily flows into the nooks and crannies of the textured surface.  The liquid adhesive coating actually has more surface area to grab onto.  If the air egress liner used the same silicone chemistry with a higher release value that a standard vinyl uses, removing the liner from the film would be very difficult.  From an installer’s perspective, a film with a low release value is highly desirable, because when you are on a scaffold or a ladder, you do not want to struggle to separate the film from the liner.

Because heavyweight papers have more saturant, the tape absorbs less moisture, even when humidity is high. Standard weight paper tapes have a lower saturant concentration. When the humidity is high, the paper absorbs moisture and the paper grows. The result  of paper growth after the tape has been applied can be puckering of the premask on the print and/or the developments of tunnels over the print.

RTape has developed several  premium grade products for screen print and digital print applications. These include: 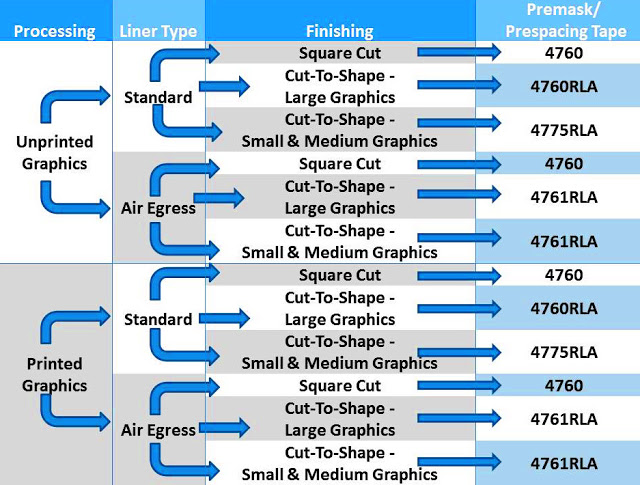