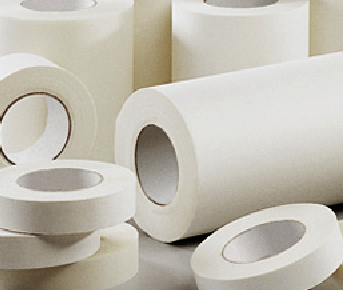 The tack level of an application tape describes the stickiness of the adhesive.  Most sign makers use a standard grade application tape with a high tack adhesive, such as RTape ApliTape™ 4075 or Conform® 4075RLA.

High tack is the perfect choice for small, plotter-cut lettering or general sign work.  While high tack tape is a good choice for most sign applications, it may not be the best choice for a particular application. Here are a couple of examples:

More often than not, sign makers will struggle with the application tape that they have in stock, trying to make it work.  Why not make your life easier and select the appropriate tack level?  Here are some general rules of thumb which can help sign makers pick the right tape for the job:

The chart below lists the recommended tack level for particular applications: