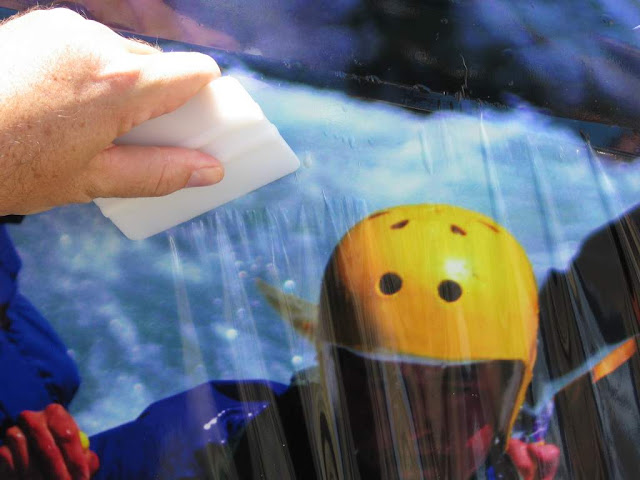 In photo B below,  I am using a heat gun for this shrinking process. 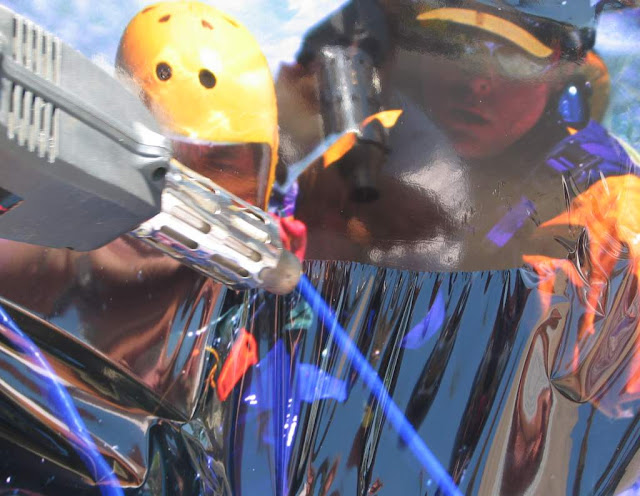 As the vinyl is heated, it contracts. Instead of the vinyl becoming thinner, as it does when you stretch it into a concave surface, it actually becomes thicker. In a way, when you heat the film to make it contract, you are shrink wrapping the vinyl onto the car surface.  See photo C below. Voila! Magically the excess material disappears. A cast vinyl film with a cast vinyl overlaminate has the flexibility to respond to heat in this manner. 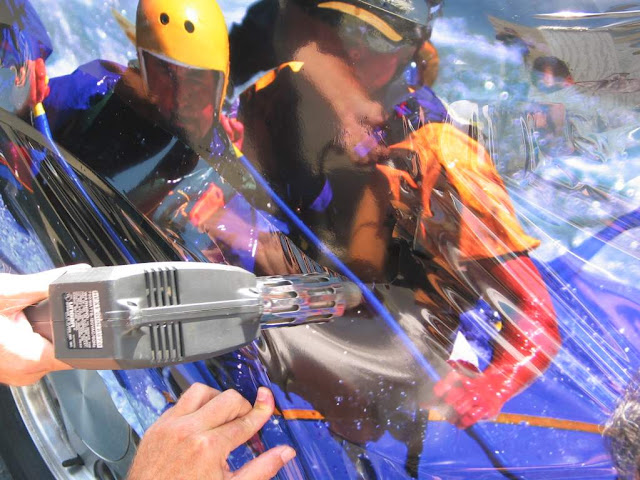 While cast vinyl graphics with a cast film have the needed conformability characteristics, other plastic films do not. While sign makers frequently use calendered films and calendered overlaminates for vehicle graphics, in most cases, they are the wrong films for the application.

In comparison to the manufacturing process used to cast vinyl films, calendered vinyls are forced through a series of gigantic rolls, which stretch the material and induce tremendous mechanical stress into the film.  Heat these films all you want, and you will never completely break the memory of the film.  Used for applications, such as vehicle wraps, and these graphics often fail, pulling away from the surface to which they have been applied.