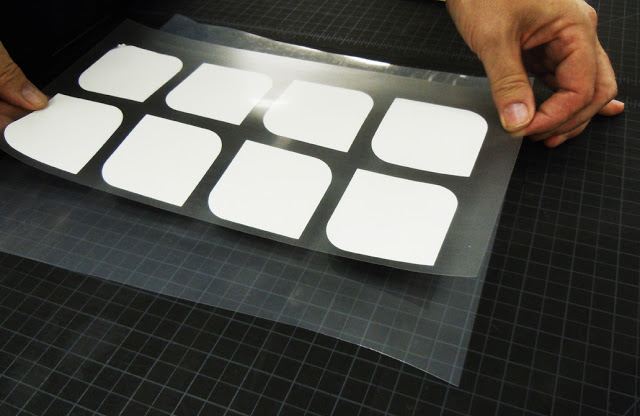 To help you in working with application tape, I have compiled some tips and tricks. This guide covers laminating the tape onto graphics, transferring graphics from the release liner and the basics of application.  As important as this is, it’s also important to select the right tape for the job. RTape offers several adhesive-tack levels for each paper grade. In selecting the right tape, the general rule of thumb is:

In laminating application tape to a graphic, use a single tape sheet (rather than overlapping pieces) to cover the graphic. Otherwise, a fine line of tiny air bubbles will appear where the tape pieces overlap.  An easy way to hand apply application tape to a graphic with a minimum of problems is to  “stick it in reverse” as explained in my article: Laminating Application Tape and Hot Mask Films. Using this method, unwind the application tape so that the adhesive side of the tape faces upwards and the facestock is against your work surface. Turn the weeded graphics so that the vinyl film faces down and lay the graphics panel on top of the sticky side of the application tape. See the photo below. 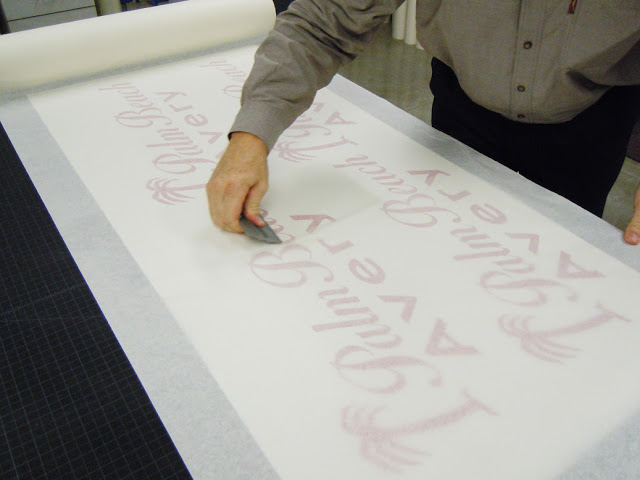 Turn the graphic over so the application tape is against your work surface. Remove the release liner from the graphic exposing the adhesive side of the graphic, peeling the liner 180⁰ against itself. 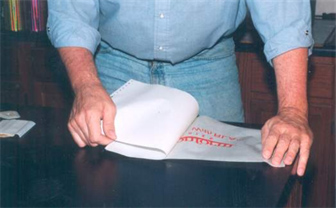 Attempting to peel the graphic from the release liner can result in transferring problems as shown below. 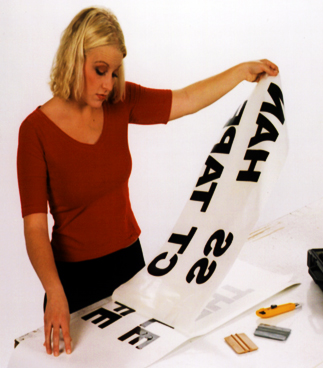 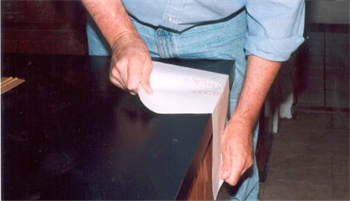 Before performing any application, always clean the substrate.  See my article: 3-Step Prep for Vehicle Graphics. Wipe the surface of the substrate with a rag saturated with solvent. Then dry the surface with a lint-free paper towel before the solvent dries. 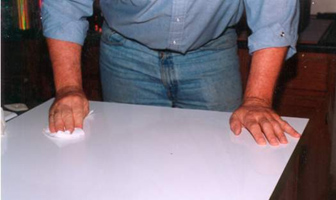 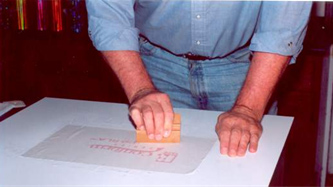 In removing the application tape, carefully pull the tape 180° against itself. This tape removal procedure prevents you from pulling the graphic off of the substrate. To minimize edge lifting, use a squeegee covered with a low friction sleeve to resqueegee the entire graphic, especially the edges.  The low friction sleeve will prevent the squeegee from scratching the graphic. 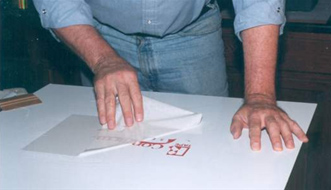 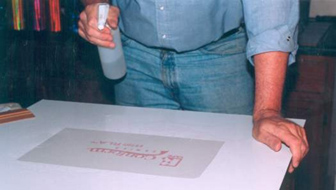